We have recently acquired Knitted Horse Firework by Sam Meech, Lecturer in Graphic Design at Manchester School of Art. The piece is a knitted animation loop, consisting of 4878 rows of 28 stitches and based on Eadweard Muybridge’s Horse in Motion photographs (1878).

Sam Meech is an artist and videosmith working with people, projectors and machine knitting. His work includes large scale knitted data visualisations, public realm animations, community cinema installations and projection design for theatre. He has worked with a range of organisations including the National Film-board of Canada, Open Data Institute, Royal Opera House, Liverpool Biennial, FACT, and Whitworth Art Gallery Manchester. He is also member of Rogue Studios, Manchester, as well as a co-director of Re-Dock, an artist collective that creates opportunities for collaborative design and critical discussion around technology with communities.

We have a copy of Eadweard Muybridge’s Animal locomotion: an electro-photographic investigation of consecutive phases of animal movements, 1887, available to view in our Reading Room.

We are very grateful to have received a number of donations over the last few months including:

We have also acquired a number of works by Manchester School of Art alumni including: 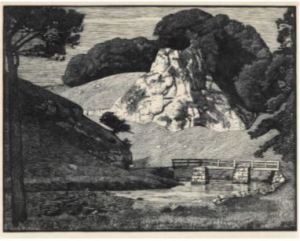 Today’s post is written by Harry Pickard who recently joined our team as a Graduate Intern. Harry shares his experience of graduating and reflects on the first few weeks of his internship. END_OF_DOCUMENT_TOKEN_TO_BE_REPLACED 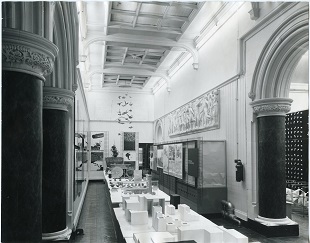 ‘A Flutter of Birds’ in the Holden Gallery, 1968. ©Manchester Metropolitan University Special Collections

In June, the Twentieth Century Society Northwest and the Modernist Society commemorated the life and work of renowned sculptor Mitzi Solomon Cunliffe (1918-2006) with the unveiling of a civic plaque at her former home and studio in Didsbury, where she lived from 1951 to 1964. The unveiling was followed by a talk given by Professor Ann Sumner, who is currently researching Cunliffe’s life and work, and Mitzi Cunliffe’s daughter, Antonia Cunliffe Davis.

Special Collections is pleased to have contributed to this event by bringing to light a sculpture that was known only to researchers through photographs. The hanging sculpture A Flutter of Birds (1961-1962) has been in the Manchester School of Art Collection since the late 1960s, but its existence was not widely known. It is hoped that the sculpture will be on display later in the year.

Mitzi Cunliffe is best known for her work for the Festival of Britain in 1951, and her design for the BAFTA trophy mask. However, some of her most arresting work can be found in Manchester, such as the Heaton Park pumping station (the only post 1945 building to be listed for its sculpture) and the panels set into the external wall of the Manchester University halls of residence in Owens Park, Fallowfield.

Today’s post has been written by artist, curator and writer Jo Manby. Over the past few months, Jo has worked in collaboration with artist Gary James Williams and our curator, Stephanie Boydell, to research and develop a new exhibition for our Spotlight Gallery.
END_OF_DOCUMENT_TOKEN_TO_BE_REPLACED

Over the past few months, we’ve have added a number of new pieces to our collections. We’ve purchased books that focus on paper engineering to add to our Artists’ Books Collection and we’ve acquired new works for our unique Process and Material Innovation Collection. Here’s a selection…
END_OF_DOCUMENT_TOKEN_TO_BE_REPLACED

Undergraduates studying Art History and Art History and Curating at the Manchester School of Art have curated an exhibition currently on display on the ground floor of All Saints Library at Manchester Met’s city centre campus. They were asked to consider notions of the Avant-garde and curate an exhibition using artefacts from Special Collections, with the support of our Curator, Stephanie Boydell.

All of the works in the three displays have a relationship with the Avant-garde, whether that be responding to the origins of the phrase – the vanguard of an army; associated artist manifestos and printed materials promoting radical social reform; or in reflecting the principles of innovation and experimentation through advances in technology.

The exhibition continues until 10 March 2017.

Next year marks 70 years since the publication of the first Lancashire Life magazine. To celebrate this anniversary, museums, galleries and heritage venues across Lancashire have been invited to participate in a special project called A History of Lancashire in 70 Objects.  We want you to help us to select one object from our collections that tells something of Lancashire’s long and fascinating story. You can read more about our shortlisted objects below. From all the stories and objects submitted, the final list of 70 objects will be revealed in Lancashire Life next year.
END_OF_DOCUMENT_TOKEN_TO_BE_REPLACED

We’re delighted to announce that we’ll be participating in this year’s MAKE:SHIFT conference at the Museum of Science and Industry in November. The conference is organised by the Crafts Council and explores the importance of craft and innovation to the future of making. This year’s themes are: social innovation, sustainability and healthcare and well-being. The practices presented will include robotics, smart materials, bio design, and connected wearables alongside more traditional craft disciplines.

We will be running handling sessions on Thursday 10 November with objects selected from our Design and Process Innovation collection, including a mycellium bowl designed by Maurizio Montalti who will be speaking at the conference.